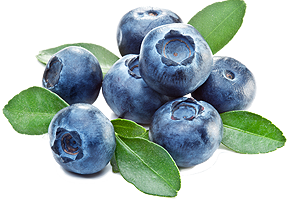 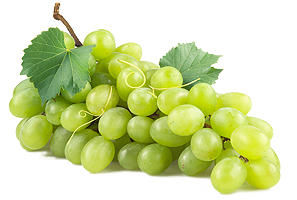 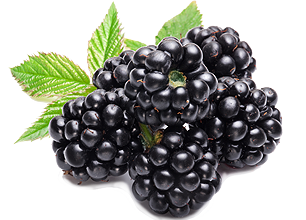 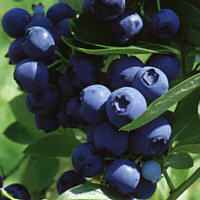 It requires permeable soil, humus and acidic one (pH 3.5-4.5). Place should be sheltered from the wind and sun. It likes the watery soil but not the floodplain. The shrub grows up to 2 m. The fruiting occurs four years after planting, yield from the bush is 4-8 kg.

Duke. The shrub grows strongly, shoots are raised. Relatively resistant to frost. It blooms late. The fruit is large and of a medium size, very pithy. The berries ripen in the second half of July.

Spartan. The shrub grows strongly and it has a raised habit. It blooms quite late. The fruits are large and medium size, very tasty. Prolific variety. It ripens in late July.

Varieties with an average time of ripening:

Bluecrop. Shrub grows quite strongly, it has an upright habit. It is resistant to frost and drought. Abundant fruiting. The racemes are large. Fruit is large, pithy, tasty. It is a basic production version (50% of global plantings). It ripens in early August.

Berkeley. The bush grows strongly, effuse habit. Rigid stems. The fruits are very large and large. The berries ripen in the first half of August.

Bluegold. Its growth is medium strong, it spreads very strongly. It is resistant to frost. Prolific variety, large fruit. Peak racemes often limit the growth of the bush. It ripens in the second half of August.

Nelson. Its growth is medium strong, it has an upright habit. It is resistant to frost. Average racemes. Large and medium-sized, tasty fruit. Prolific variety. It ripens in the second half of August.

Lateblue. The shrub grows quite strongly. It is resistant to frost. Fruits are large, pithy. Abundant fruiting. It ripens in September. 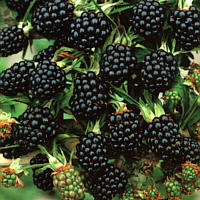 The plant has very small soil requirements. It can grow on light soils, sandy, if they are rich in water during ripening. It grows poorly in areas with very variable level of ground water, wetland and cold soils. Soil pH should be neutral or slightly acidic. Blackberries should be planted in sheltered and warm area. Plants should be planted near fences, paling, walls, or specially prepared constructions. Before winter, blackberries should be untied from the staging, and bent and covered with straw, haulm and earth to protect them from frost.

Black Satin. Prolific variety. The yield from the shrub is 4-6 kg. Numerous shoots have lengths of 2-3 m. It flowers quite early. Fruits are large and medium size, very tasty. It ripens in the first half of August.

Thornfree. Variety – very prolific. Plant grows strongly, it has thick and long shoots (up to 4 m). It flowers late. Fruits are very large, large and medium size, tasty. It ripens in late August and September. 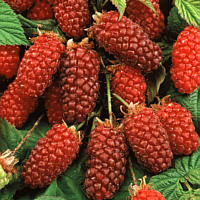 The plant requires a fairly fertile soils but not dry and not wetland. The place has to be warm and sunny. Frost pockets are not suitable for this purpose. It has long shoots, and a lot of thorns. Two-year shoot bears fruit. It ripens from mid-July to mid-August. Abundant fruiting. Fruits are very impressive, very tasty and flavourful. The plant is susceptible to frost, therefore a covering is necessary in the event of strong frost. Running on fences, walls or structures. 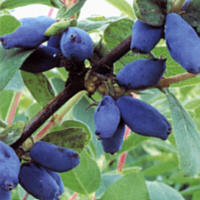 The plant requires a slightly acidic, loam soil. Species extremely resistant to drought and frost. It flowers in late April and the fruiting is in the end of May. Fruits, if not harvested, after 7-10 days fall by themselves. The shape of fruits is elongated, cylindrical or oval, they are blue-violet. They have distinctive sweet-sour-bitter taste. Abundant fruiting. It has healing properties. It is an allogamous plant – minimum two plants are needed to make fruits. 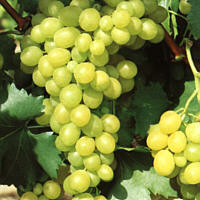 A thermophilic plant. Low temperatures in winter and during the growing season can be a threat to the grape vines. The grapevine is a photophilous plant. All leaves and the raceme should have a good access to light. The plant is relatively resistant to drought. The largest amount of water is required at the beginning of the growing season and during the period of intensive growing. The grapevine has modest soil requirements. It should not be planted on heavy soils and wetlands. Soil pH should be close to neutral (pH 6,0-7,0). 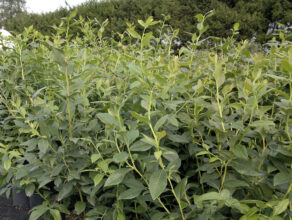 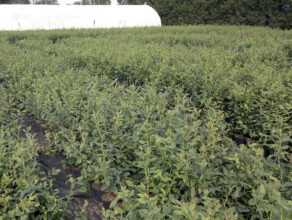 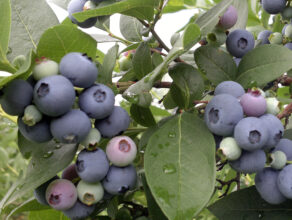 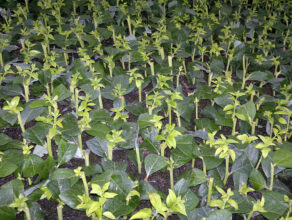